Joyoshare iPasscode Unlocker makes it incredibly easy to unlock iPhone, iPad, and iPod Touch devices even if you don’t know the passcode. This iPhone passcode unlocker has been designed to help beginners and the Pros in the same way. In just three steps, you can regain access to an iOS device that has been locked due to a forgotten password, broken screen, or multiple wrong entries.

Provided that the official ways to unlock iPhone passcode are either tiresome or expensive, the Joyoshare iPasscode Unlocker utility comes in handy. It is also worth noting that the tool can remove not only 4-digit and 6-digit passcodes but also Touch ID and Face ID-based iPhone locks. In the end, you can check out this app to solve a wide variety of passcode-related unlock needs.

We also loved that Joyoshare iPasscode Unlocker has an entirely intuitive User Interface. So, in addition to the 100% success rate, you don’t have to worry about the unlocking process being complicated at all.

What Is Joyoshare iPasscode Unlocker?

Joyoshare iPasscode Unlocker is a professional-grade passcode unlocker for iPhone, iPad, and iPod Touch. If you forgot or lost the passcode of an iOS device, you could use this utility from Joyoshare to regain access to the device.

This tool works by reinstalling the firmware and restoring other settings. The developer claims that the software has a near-100% success rate when it comes to passcode unlocking. In terms of compatibility, you can get the app for both Windows and macOS. You just have to keep iTunes installed on your Windows PC to make it work. 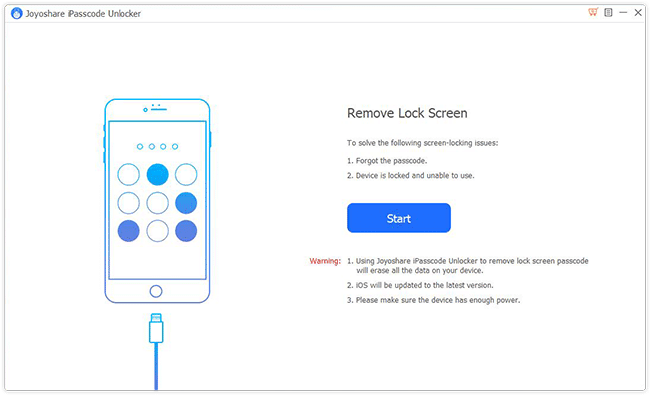 More importantly, Joyoshare iPasscode Unlocker follows a three-step process to unlock an iOS device. None of these steps requires technical expertise or coding knowledge. Instead, the user just has to connect their iOS device and wait while the tool does its job. As far as compatibility is concerned, the tool works fine with devices running even the latest version, iOS 14.

In short, Joyoshare iPasscode Unlocker is a tool that you can count on instead of rushing to an Apple service center.

Who Should Get It?

We think you should get a copy of the Joyoshare iPasscode Unlocker if you ever find yourself in the following scenarios.

Besides, if you want to remove the passcode due to any other reason, you should think about getting the Joyoshare iPasscode Unlocker.

Is Joyoshare iPasscode Unlocker Safe to Use?

It is okay to wonder if the Joyoshare iPasscode Unlocker is safe to use. Well, we explored that aspect too.

Joyoshare iPasscode Unlocker removes the passcode by reinstalling the firmware on an iPhone, iPad, or iPod Touch. The most crucial part is that the app downloads the appropriate firmware from trusted sources. This means you don’t have to worry about any malware/spyware getting into your iOS device.

We also noticed that the Joyoshare iPasscode Unlocker keeps complete transparency while it is running. At any point in time, you can know about what the unlocker tool is doing. When combined with precise and on-time instructions, you don’t have to worry about anything.

The program has a clean installation procedure, as well. That is, it doesn’t come with any bundleware. Nor does it make any system-level changes to your Windows PC or Mac.

Joyoshare iPasscode Unlocker Review: What’s in it for You?

Now, we’ll take a look at the essential things you must know about using the Joyoshare iPasscode Unlocker.

As we mentioned earlier, the entire process of removing passcode from an iOS device is simple when you’re using the Joyoshare iPasscode Unlocker. You just have to connect your iPhone/iPad/iPod, put your device to Recovery/DFU mode, and wait while the tool downloads and reinstalls the necessary firmware. 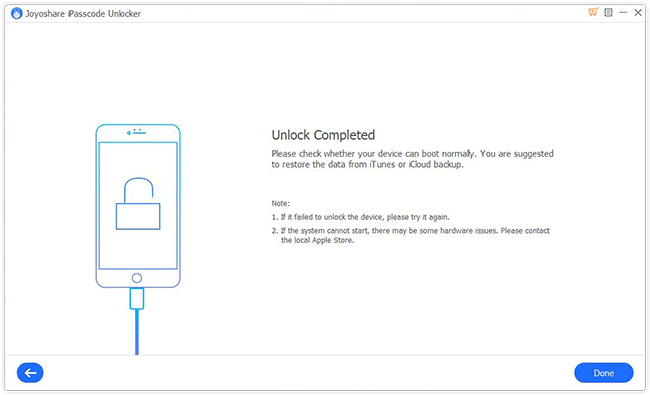 Once these three steps are over, you can access the iOS device without a passcode or other credentials. The simplicity of the process makes this tool a fantastic choice for Pro users and beginners alike. You just have to ensure that your iOS device is connected and that your PC/Mac has an internet connection.

As an iPhone user, you may be using Touch ID or Face ID, in addition to the numeric-digit passcode. You may also be using either a 4-digit or 6-digit code. The best part about Joyoshare iPasscode Unlocker is that it can remove any of these given locking methods without hassle. 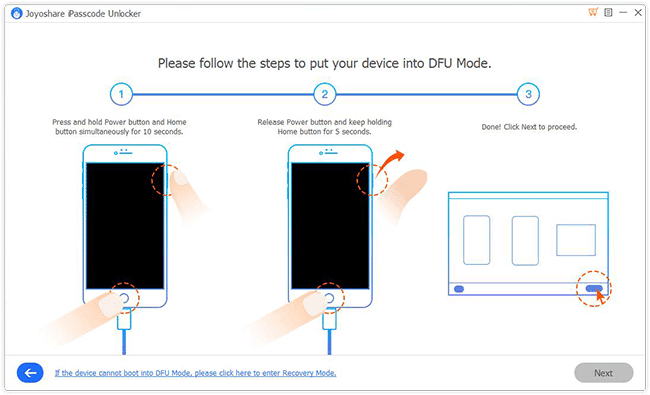 The best part? You don’t have to make any changes in the process. Merely following the three steps we told you before will remove Face ID and Touch ID if they are enabled on your iPhone. This feature would come in handy if you bought a second-hand iPhone with Touch ID protection enabled.

The Joyoshare iPasscode Unlocker works with almost every iOS device currently in the market. The support of the tool goes even back to iPhone 4 and iOS 10. You can also use the program to remove passcodes/locks from newer models like iPhone 11, iPad Pro, and iPod Touch 6. 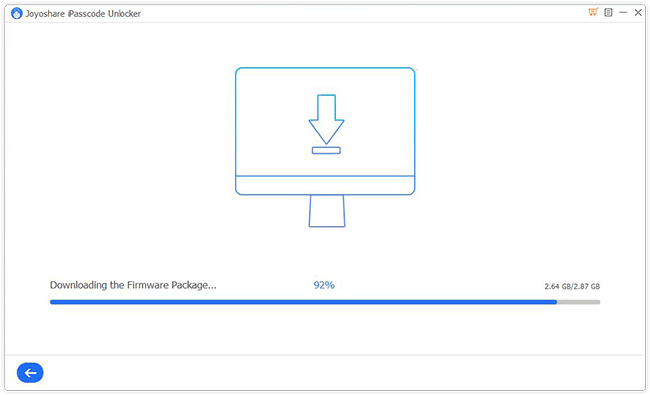 From the usability standpoint, this means you can get the Joyoshare iPasscode Unlocker no matter which iPhone model you use. By the way, it supports the latest version of iOS — iOS 14 — as well.

Reasons Behind Our Reviews & Ratings

Here are the facts and observations that helped us judge the value of the Joyoshare iPasscode Unlocker.

Proving the claims made by the developers, the Joyoshare iPasscode Unlocker utility offers near-100% rates of success. That is, no matter which iOS device you throw at it, the program can analyze the device, download a compatible firmware, and remove up to four types of locks. The fact that users can remove Touch ID or Face ID in a matter of minutes is just amazing.

A user can choose between three pricing options while buying the Joyoshare iPasscode Unlocker utility. You can choose between the Single License, Family License, and Multi-User License based on how many iPhones you want to unlock. A single license of the tool costs $39.95, which, we think, is reasonable but it’s not the most affordable price, either. When compared to an expensive Apple Service visit, you save a lot here.

As we mentioned multiple times, the Joyoshare iPasscode Unlocker app uses a three-step process to unlock any given iOS device. Given that you have a high-speed internet connection, the entire unlocking task would take less than a few minutes. You just have to keep your iPhone connected and powered on, that’s it. From the usability point of view, this is perfect.

We really loved the support options that you can avail of while using the program. First of all, there are perfectly-illustrated guides and Knowledge Base FAQs that you can rely on. If you cannot find the answer, you would be able to contact the technical team via email, where the responses are almost instant as well. So, even if you come across an error/difficulty while unlocking the iOS device, you have solutions.

Here are the best alternatives to Joyoshare iPasscode Unlocker you can find today just if you are looking for advanced features. We have picked them based on their reliability, performance, and average success rate.

Tenorshare 4uKey is a popular iPhone unlocker utility that can remove passcodes, MDM limitations, and common activation-based errors. When compared to Joyoshare iPasscode Unlocker, this product consists of more features. For instance, you can bypass the MDM login screen and activation locks even if you have no technical experience. 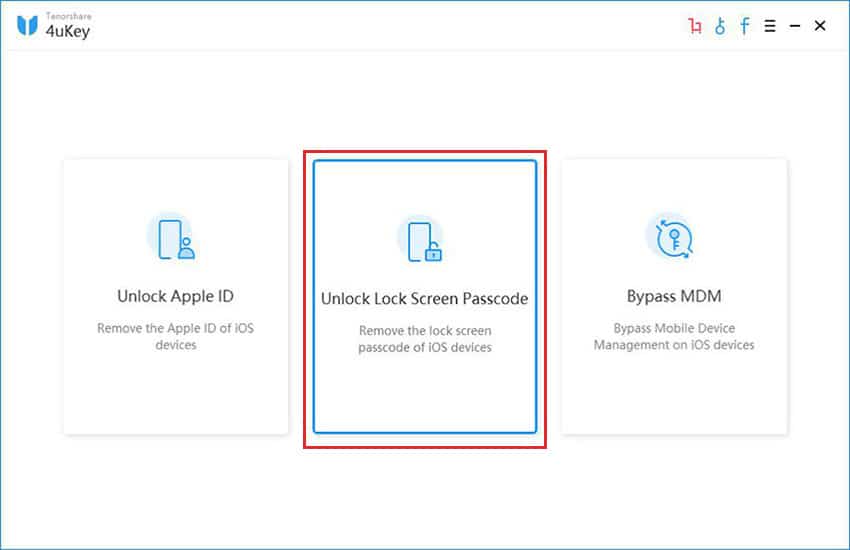 While the tool can remove the passcode of old and new iOS devices, some additional features are available on older devices only. For instance, if you have a device running iOS 11 or earlier, you can remove the Apple ID without entering the password. This would come in handy if you bought an Apple ID-locked iPhone from eBay or strangers.

iMobie AnyUnlock is a multipurpose iOS unlocking utility you can consider as an alternative for the Joyoshare Unlocker. In this case, you get a wide variety of options, including iPhone password unlocking, iTunes backup password removal, and even removing Apple ID and Screen Time passcodes. Because of this nature, we can observe better compatibility as well. 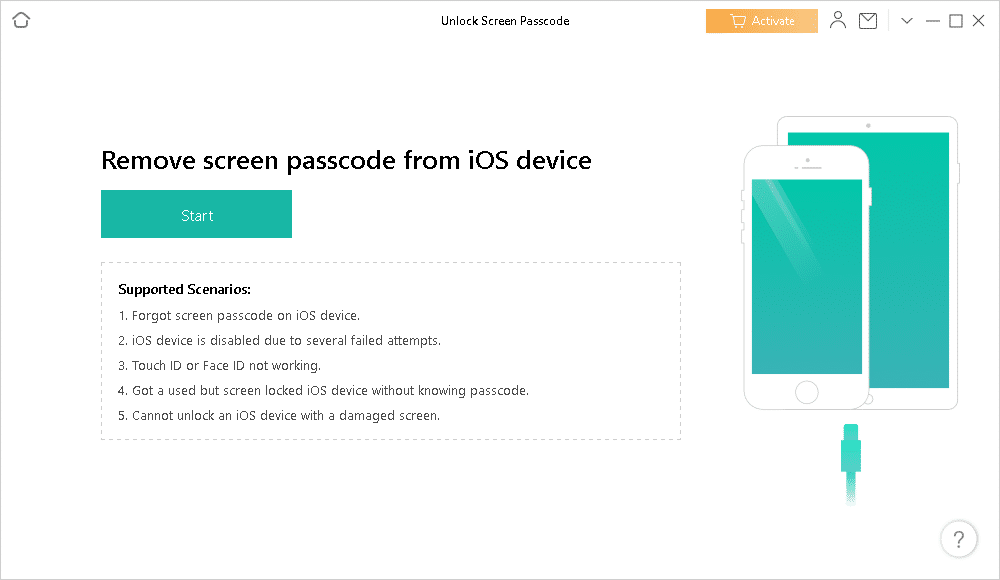 Just like the Joyoshare option, iMobie AnyUnlock also offers multiple mediums for support. Besides, you can count on the 24*7 support that the company provides. Combined with the higher rate of success, you would be able to fix almost every iOS-based error using the tool. At the same time, the multiple options in the tool may be a little confusing for first-time users.

iMobie AnyUnlock is available for Windows and macOS, with the price starting at $39.99.

iMyFone LockWiper is another Joyoshare iPasscode Unlocker alternative that brings a number of productive features to the table. The program’s overall feature set is a combination of the individual features that we’d seen on the tools mentioned above. For instance, you can use iMyFone LockWiper to remove the passcode and Apple ID of an iPhone. 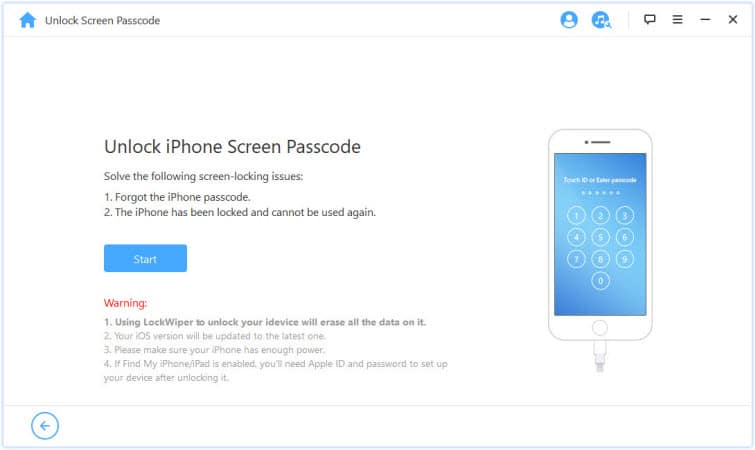 We recommend iMyFone LockWiper if you are looking for a comprehensive unlock utility. If you get a multi-device plan, you can remove a variety of restrictions from as many devices as you have. Even if you end up buying an MDM-locked iPad from eBay, iMyFone LockWiper is there to help you. Again, though, you come across the issue of confusing options.

We hope our review of the Joyoshare iPasscode Unlocker helped you decide whether you should choose the iPhone passcode unlocker for your needs. As we mentioned earlier, the program is a cost-effective solution that can help you remove a variety of locked-iPhone scenarios. Probably the best part is that you can rely on its near-100% success rates. At the same time, you can check out the alternatives if you are looking for a better set of features. In both cases, you have the same privilege of broad compatibility, though.

Driver Easy Review: Is It Safe/Legit? Does It Really Work?